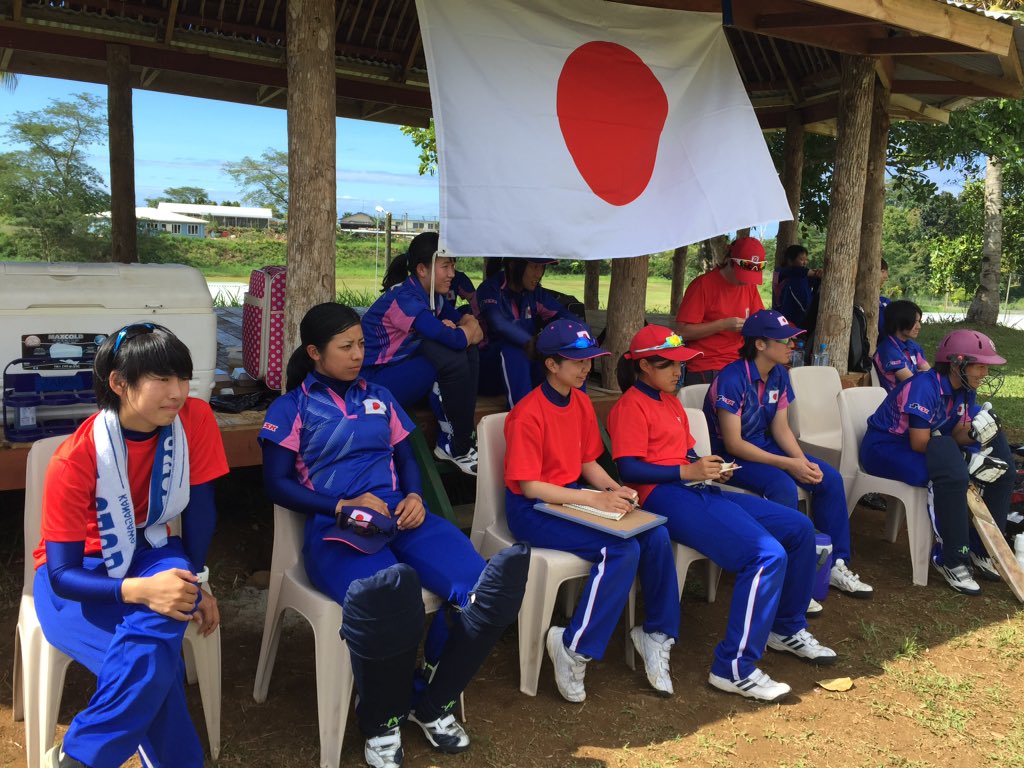 Japan lost a close match against hosts Samoa in the Women’s World Cup Qualifier in Apia yesterday, going down by 26 runs after being set a tall target of 208 to win the match.

Japan made a couple of changes after Game One, bringing in Aki Umetani and Rio Endo to replace Miho Asama and Kaoruko Nishida, and gave a much improved performance.

Samoa won the toss and batted first, scoring quickly to begin with despite an early wicket for Kurumi Ota (2/29). Japan’s opening bowler proved hard to get away, but there was not enough high quality support until Shizuka Miyaji (1/20) came on to bowl.

Samoa captain Regina Lill’i, who has been living in Japan for the last year, proved the difference between the sides with a patient 56, but her dismissal came amid a flurry of wickets at the end of the innings with Japan taking five wickets for just 28 runs in the final five overs.

In the chase several Japan players made good starts but fell as they tried to accelerate the scoring, however when captain Mai Yanagida (45) combined first with Etsuko Kobayashi (26) and then Miho Kanno (21*) to put on partnerships of 62 and 37 respectively the game was very much in the balance.

The run out of Yanagida sparked a collapse however, as Japan fell from a well-placed 163/4 to 181 all out, with Lili’i again being a menace with the ball taking 3/8 from her nine overs.

Japan will play another friendly against Cricket Without Borders on Tuesday before Papua New Guinea again on Thursday.