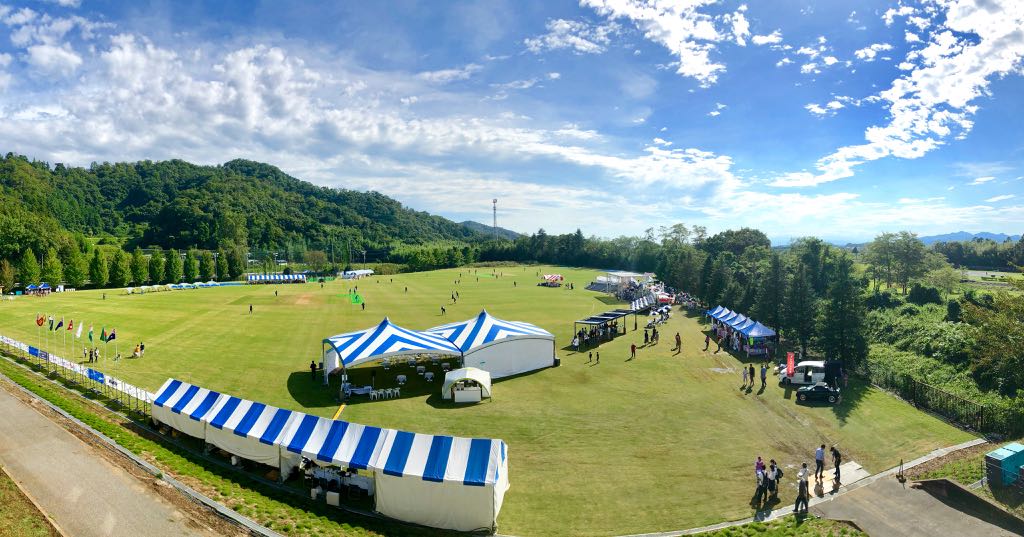 There were double celebrations at the Sano International Cricket Ground in September 2019 as both the Japan Men and the Japan Under 19 teams won their respective groups at the Embassy Cup.

The men, who played in Group A alongside Embassy teams representing India, Pakistan and Sri Lanka had come fourth a year ago in the same group so produced two excellent performances to win this time around. 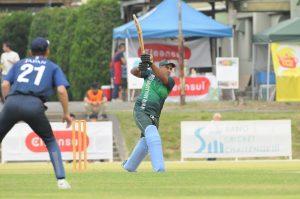 Their first match was a thriller on Saturday afternoon, defeating the Embassy of Pakistan by just two runs. Batting first Japan had scored 109 all out despite a solid start given to them courtesy of Makoto Taniyama (29) and Sota Wada (43).

Pakistan were going well in the chase before a rampant Japan attach induced a collapse of seven wickets for just 24 runs to bowl them all out for just 107 and spark wild celebrations. Taniyama earned the MVP award for his runs and two wickets. 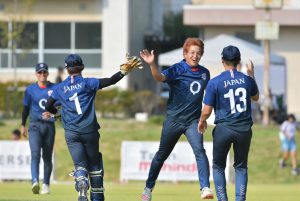 On Sunday Japan played the Indian Embassy and it was Nozomi Tomizawa who earned the MVP award as he took three wickets at the start of the innings to limit the Indian score to 117/8, which Japan chased with four wickets to spare much to the delight of the supporting crowd.

The Japan Under 19 team were making their debut in the competition and were in Group B alongside the Embassies of Bangladesh, Great Britain and Nepal. They registered a big win on Saturday as they dismissed the Nepalese team for just 52, Aoto Okajima was later awarded MVP for his three wickets, before Marcus Thurgate scored 36* to ensure Japan won easily. 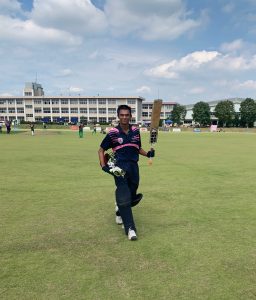 The Embassy of Bangladesh had overcome the British Embassy on Saturday by 39 runs but the Japan Under 19s proved too good for them in the Group B Final. Batting first Japan scored 147/6 thanks to 60 from Neel Date, the highest individual score of the weekend.

Bangladesh could only manage 112/9 in their reply as Yugandhar Retharekar took three wickets and Japan earned the win by 35 runs; Neel Date deservedly winning the MVP award.

In the third place playoffs the Sri Lankan team had a huge win by 81 runs against the Embassy of Pakistan in Group A while the Embassy of Nepal won the Group B playoff by three wickets thanks to a boundary off the last ball of the match.

Entrance was free for spectators who were able to enjoy cricket and the international atmosphere as well as the nature rich environment. Cricket games for all ages and detox water using Cleansui* (provided by Mitsubishi Chemical) was free for all while food stalls serving curry and other local delicacies were be available.