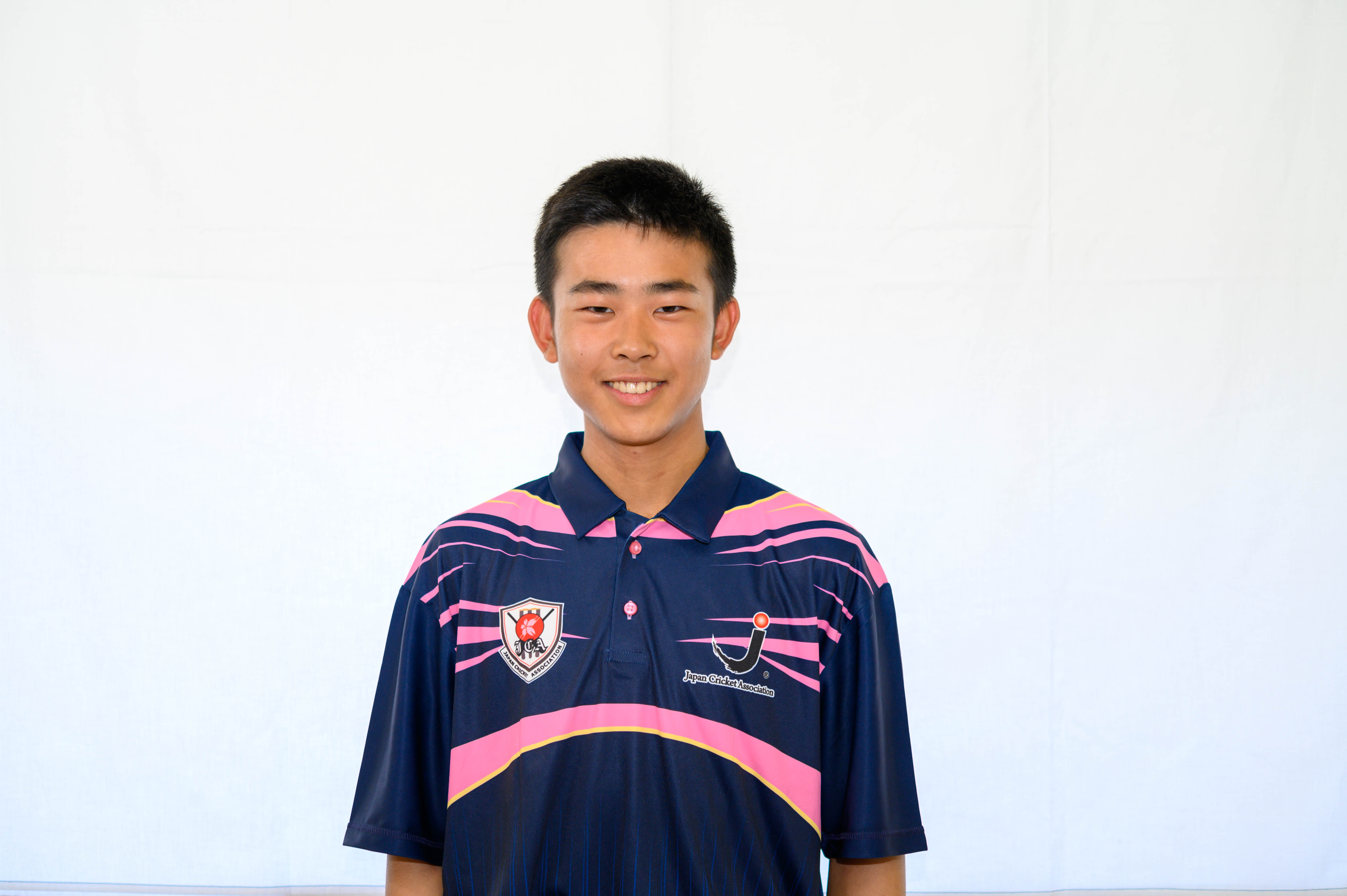 Nicknamed “Fish” for reasons that are not very clear to anyone, Ichiki was the first serious cricketer to come out of Akishima City in the western suburbs of Tokyo.

A target area for the Japan Cricket Association, Ichiki was attracted to the international and inclusive nature of cricket and quickly excelled. He played in the Under 12 Cricket Blast tournaments and joined the first junior cricket club in the city, which later developed into the Akishima Aviators Club.

Originally a left arm swing bowler, which served him well as Japan won the Under 19 Regional Qualifiers for the 2020 World Cup, he later morphed into a canny left-arm orthodox spinner.

Bright, funny and always enthusiastic, he is a key part of the Under 19 group and is widely tipped for higher honours in the not too distant future with the Japan men’s team.