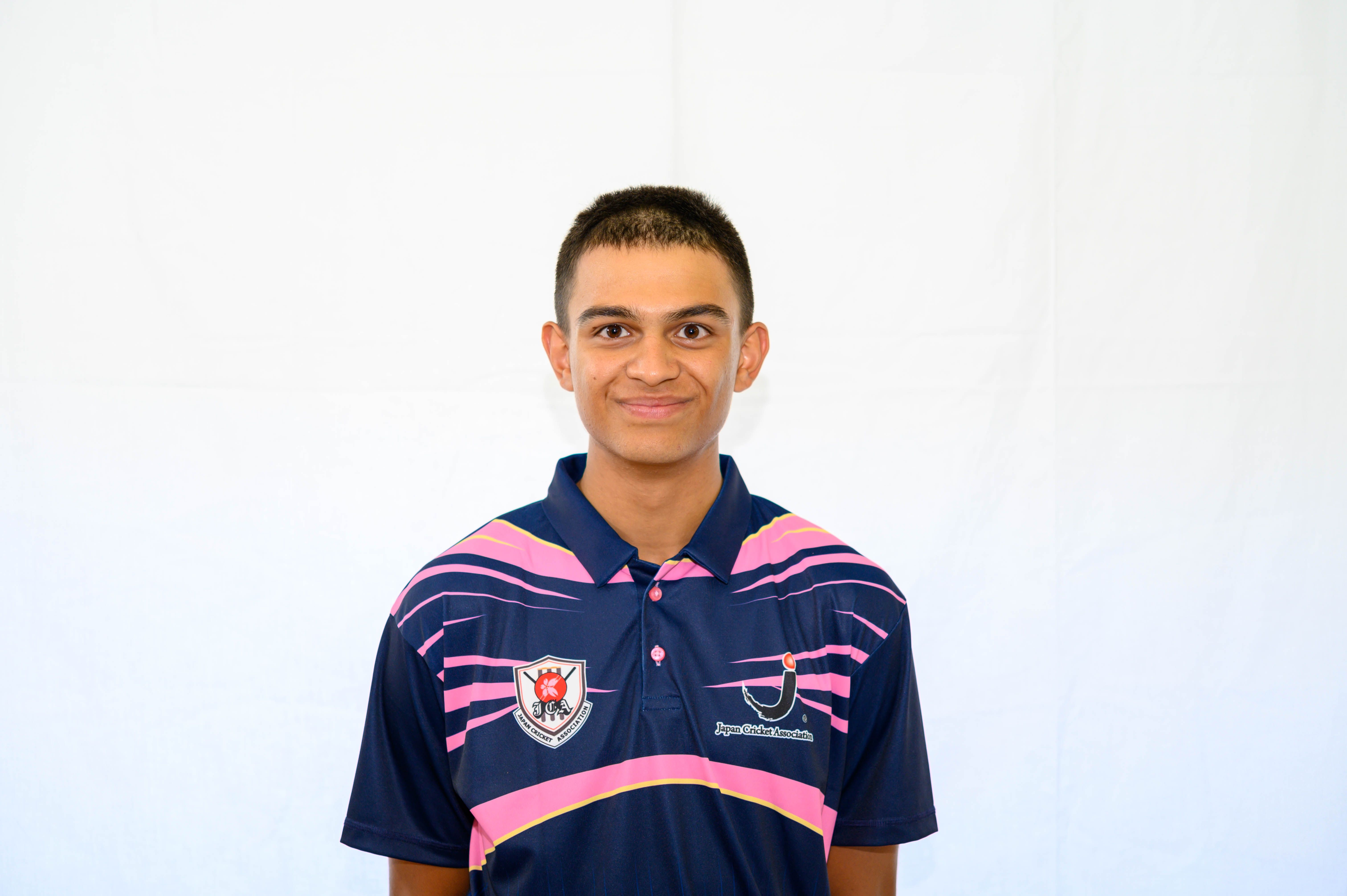 “Neel is more Japanese than anyone”! Laughed his captain Marcus Thurgate when asked about his club mate and Japan Under 19 Vice Captain.

Date, born in Pune to Indian parents, has lived in Japan since before his first birthday. He joined the junior cricket set up in Chiba when he was 11 and would regularly play cricket in local parks around Japan with his school friends.

Speaker of four languages (English, Japanese, Hindi and Marathi) Date also finds time to study calculus on the team bus. He has earned the nickname “Alexa” since he knows the answer to every question asked by his teammates.

As a top order batsmen and partnership breaking bowler, he flourished in 2018 when given the captaincy of the Chiba Sharks 2nd XI at the age of 17. He was promoted to the first team the following year and asked to open the batting as the Sharks won their first Japan Cricket League title in eight years.

Selected in the newly formed Japan Academy squad in 2018, Date was groomed for a leadership role in the team right away and was certain of a place in the 2019 Under 19 team to represent Japan at their first Under 19 qualifying campaign since 2011. Named as Vice-Captain he struggled for runs in that tournament yet his form with the bat for the remainder of 2019 assured his place at the top of the order in the 15-strong squad to take part in the Under 19 World Cup in South Africa 2020.