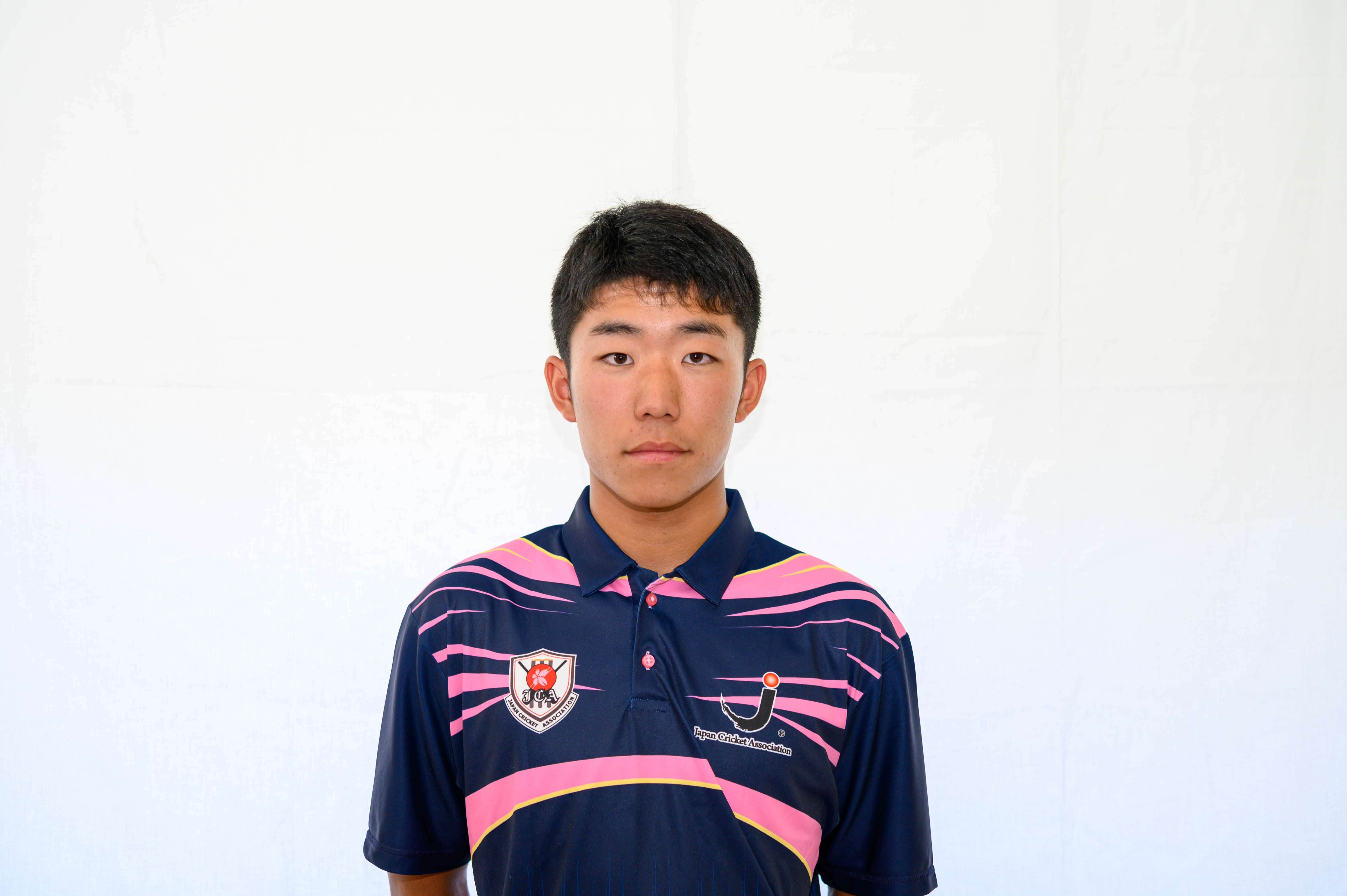 The prodigy of Japan cricket, Takahashi was long involved in the National team set up before the Under 19 Academy squad was created.

Takahashi is one of the few Japanese players to score hundreds at age group level, while his accurate seam bowling earned him a place in the National squad at the age of just 13.

He is quite literally the poster boy for cricket in Sano, with his picture regularly appearing on promotional materials used by the Japan Cricket Association. He grew up near the Sano International Cricket Ground and played in the Cricket Blast program for Under 12s before making his way in hard ball cricket.

Takahashi has won at least one junior league title, be it under 15 or under 19, every year since 2015 while also playing a starring role in the Japan Cricket League Division Two Final of 2016 when his four wickets in four balls (3x lbw and 1 x bowled) in a devastating opening spell propelled Sano to the title at the expense of the Alpha Quashers.

He made his international debut aged 15 years and one day, becoming the youngest ever player for the Japan Men’s team, in the 2018 East Asia Cup, and promptly took a wicket first ball; clean bowled. He went on to represent Japan at his first ICC tournament later that year in the Philippines as Japan recorded wins over the hosts, Indonesia and Korea.

His form was vital to the success of the team at the Under 19 World Cup regional qualifiers which were held in his home town in 2019 with his 68 and four for 14 in the opening match against Samoa immediately announcing his pivotal role in the side.

Disaster struck in late 2019 when a stress fracture in his foot ruled him out of playing at all in the Japan Under 19 pre-World Cup tour of Australia, but such was his value the selectors stuck with him for the World Cup itself even if he would only play as a batsman.

A player of genuine talent, Takahashi will be key not only to Japan fighting for a place at another Under 19 World Cup in 2022, but also for the Japan men’s team for the foreseeable future. His younger brother, Shotaro, also looks like a talented player.