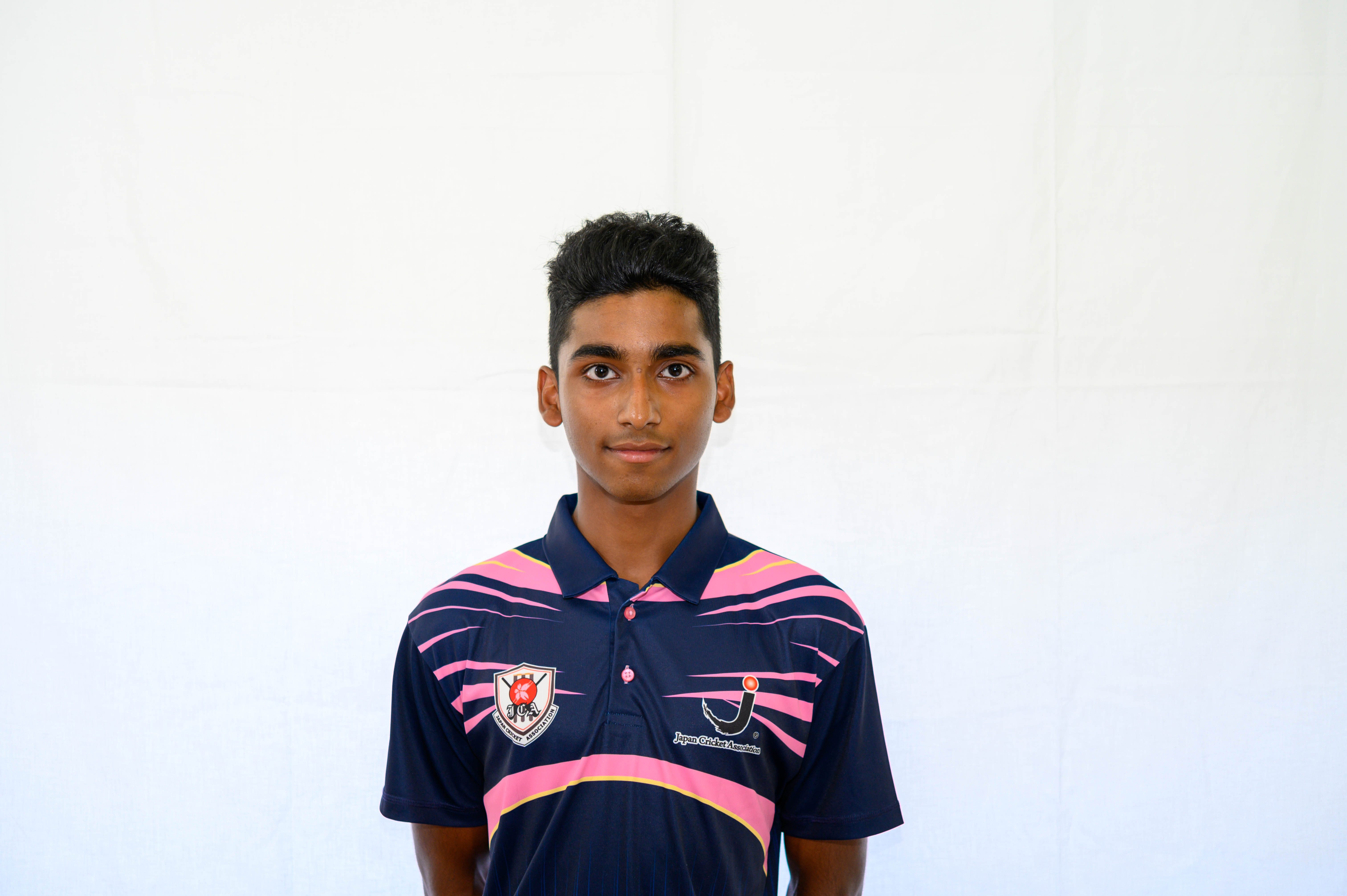 “Deba” Sahoo came to Japan from India when he was just a few months old and has learned his cricket through a combination of the Chiba My-Ys club activities and the Japan Cricket junior programs.

A middle order batsman, he shared a crucial partnership with Kazumasa Takahashi in Japan’s opening match of the Under 19 World Cup regional qualifiers which were held in Sano. The pair added 113 for the third wicket after the Samoa Under 19s had made two early incisions, and that partnership laid the foundations for a stunning 174-run win in Japan Under 19s first international match for eight years.

Taker of many selfies, and always checking his hair, Sahoo is usually the music maestro on the team bus and although his form tailed off after the 2019 qualifiers, hard work on his technique saw him make runs on the pre-World Cup tour to Queensland as his powerful pull shot became a key part of his armoury.