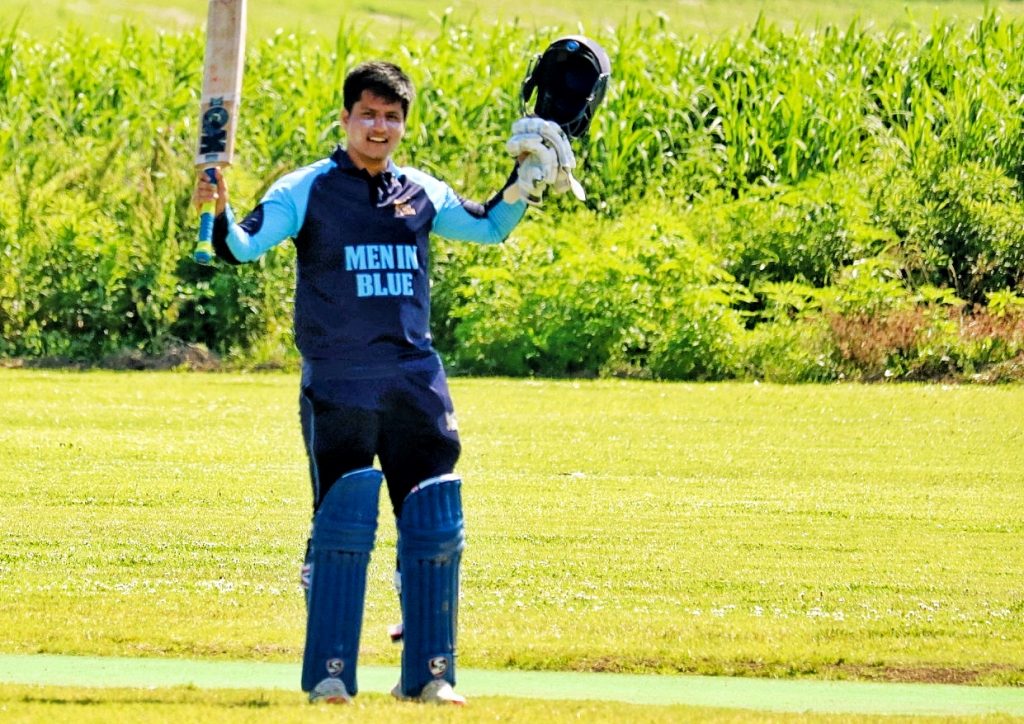 The Tokyo Wombats showed their character with an excellent seven-wicket win over the Rising Stars.

Conceding 259 represented progress after the 455 they shipped in the previous round, and taking all ten wickets also represented improvement, but it was the old firm of Alex Shirai-Patmore (74) and Richie Bracefield (73) who laid the foundations for the win with an opening stand of 139 in the chase.

Ultimately they reached the target with nine-balls to spare which lifts them off the bottom and leaves the RIsing Stars as the only winless side in the division. 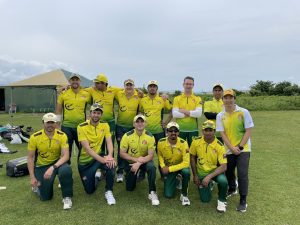 The Rangers would have been full of confidence following the big win in Round Four but came up against a Sano team with fresh vigour and not afraid of a challenge. After batting first and making 258/8 thanks to 61 from Munir Ahmad and 45 from Reo Sakurano, Sano knew they would have to bowl well to keep the Rangers batters under control.

However Rangers got off to a flyer at the start, being 46/0 after five overs before rain came and reduced the chase to 30-overs and the target to 212. The off-spin of Shotaro HIratsuka then put the skids on the Rangers as he grabbed three for 50, but the battle turned again as Aloysius Sampath smashed his way to a 36-ball 70.

Sampath could not see his team home however, and needing eight off the final over he was run out in a chaotic finish which ended with the match tied as the Rangers were bowled all out for 211, just one run short of the target. 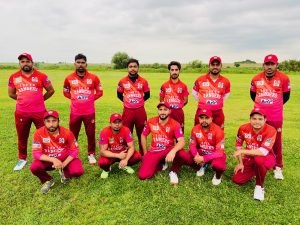 That result meant that the Men in Blue could move to the top of the league and they duly did so with a resounding win over the Chiba Sharks, bowling them all out for just 110 before 51* from Ankit Panwar guiding them to a six-wicket bonus-point victory, and top of the table. 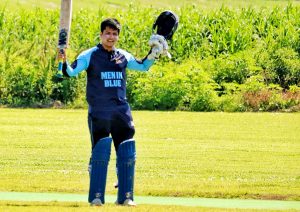 There was a similarly easy win for the Wyverns, who rolled over Paddy Foley for just 162, with six wickets shared evenly between Kohei Kubota (three for 39) and Tomonoshin Oki (three for 35). Jabbar Khan whacked 68 from number eight for Paddies, without which things would have been very ugly.

As it was, the total just allowed Shogo Kimura more time to bat as he struck an unbeaten 80 to take his team to a nine-wicket win.

With MAX CC vs Alpha Quashers washed out with only 12-overs bowled, that left the Tigers and Falcons as the final match of the Round and it was a comfortable win for the 2020 Champions as Ranjith Mouli (50), Anil Kumar (73) and Sabaorish Ravichandran (54) all raised their bats in a team total of 247/6.

Sarfraz Petkar threatened to pull off another of his famous heists in the chase, striking a 53-ball 85 to keep the Falcons hopes alive, but his dismissal was the first of five for 20 runs as the Tigers took all ten wickets for 191 to earn a win by 56 runs and keep the Tigers firmly on course for a Top Four finish. 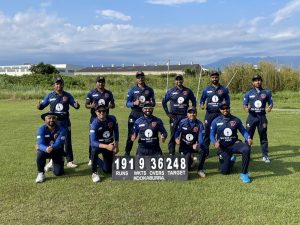